Liven up your First Fridays with laughter! Each month, we feature a new line-up of Alaska's best stand-up comedians. Every now and then, we shake things up by bringing a national headliner to join in on the fun.

The last First Friday Comedy show of the year will be taking a grave (get it?!) turn as comedians who are still very much alive but probably want to die get on stage to read their own eulogies! Don't regret not seeing them when you still had the chance!
​​
View the Facebook event here. 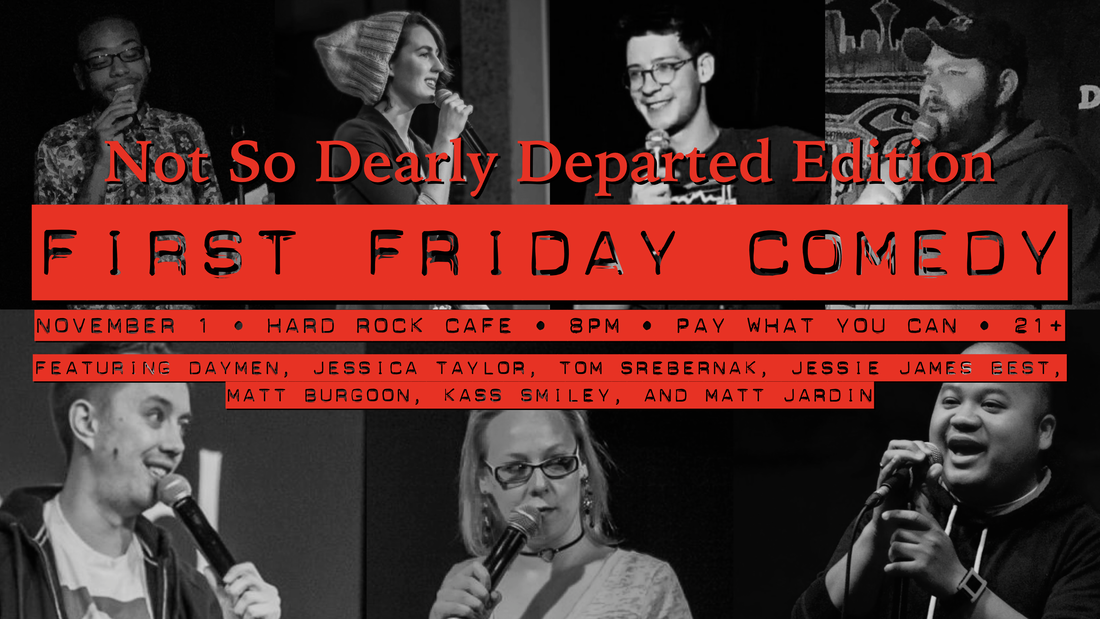 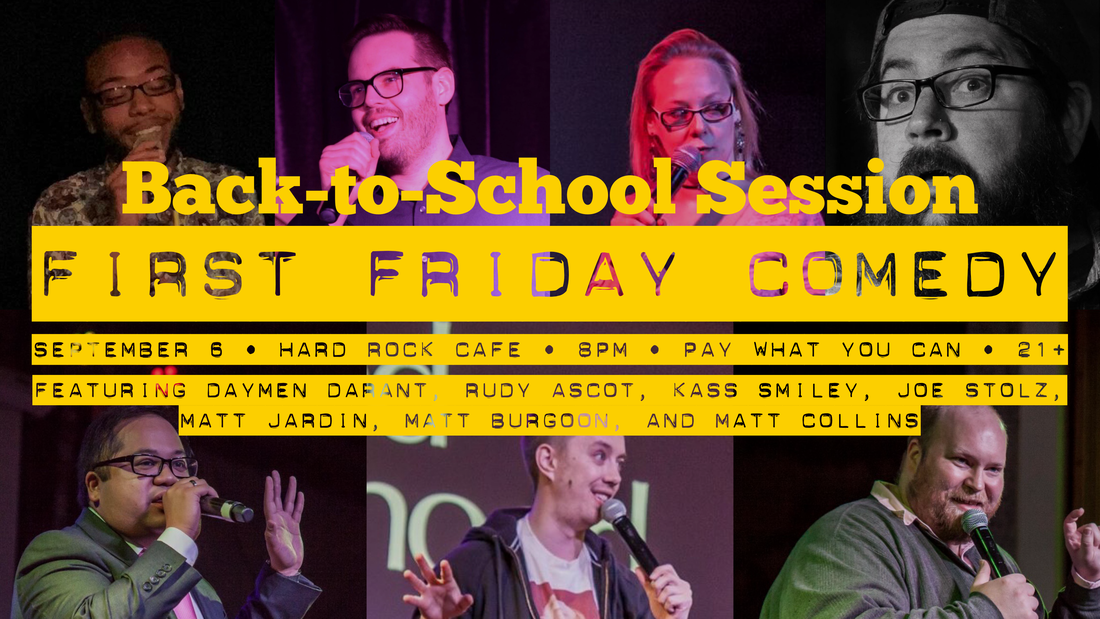 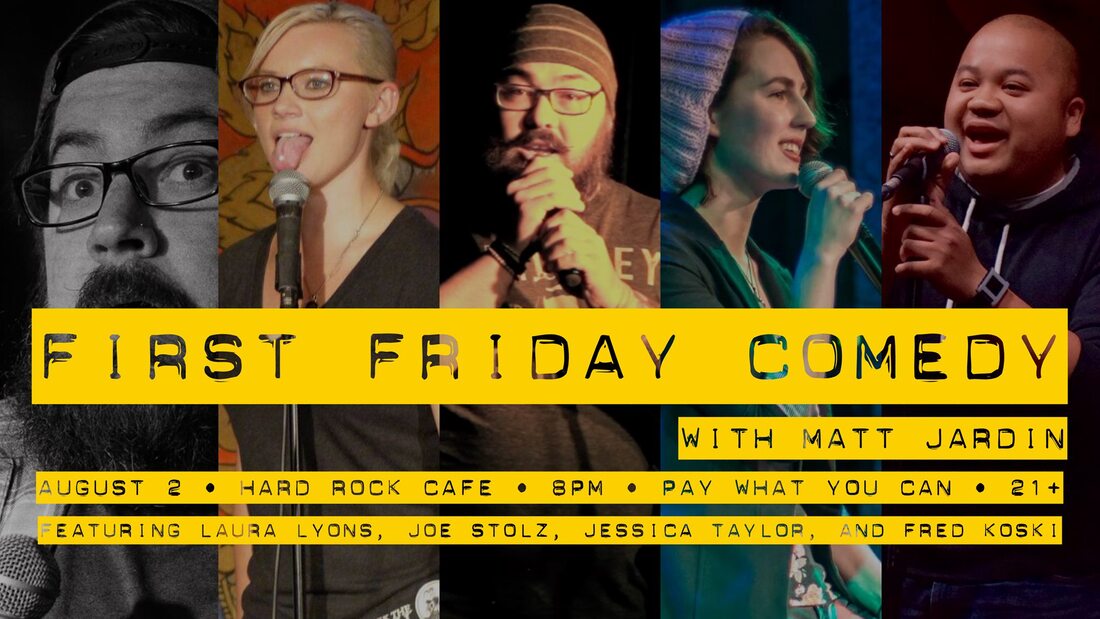 For June's show we have two local legends named Matt and two traveling comics named Dan from 2DComedy.com. Come to the show and give them a big Alaska welcome!
​
View the Facebook event here. 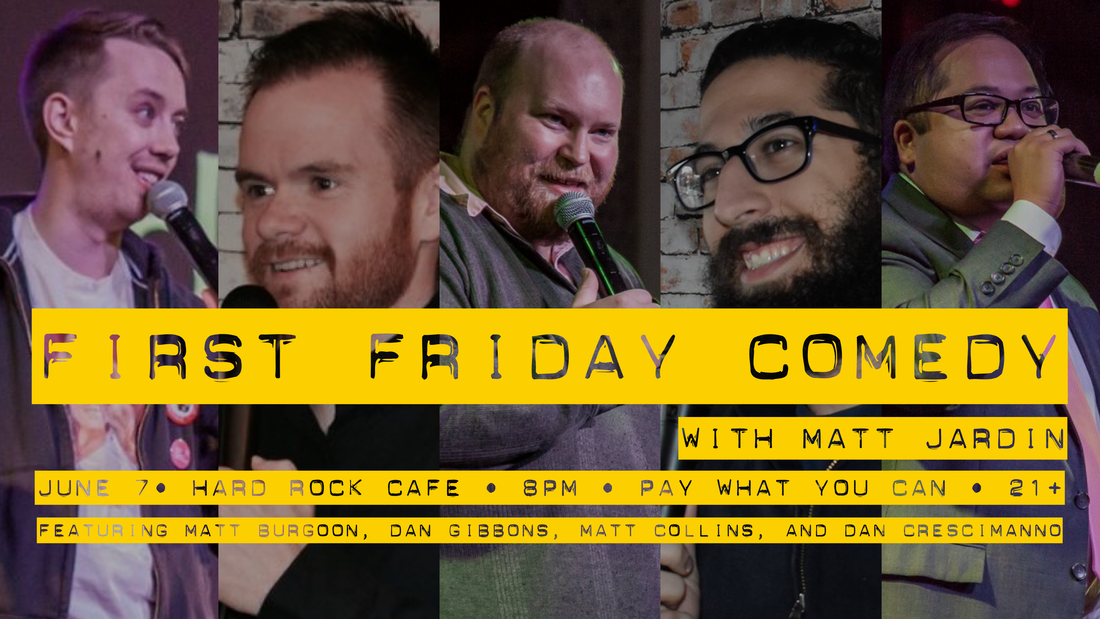 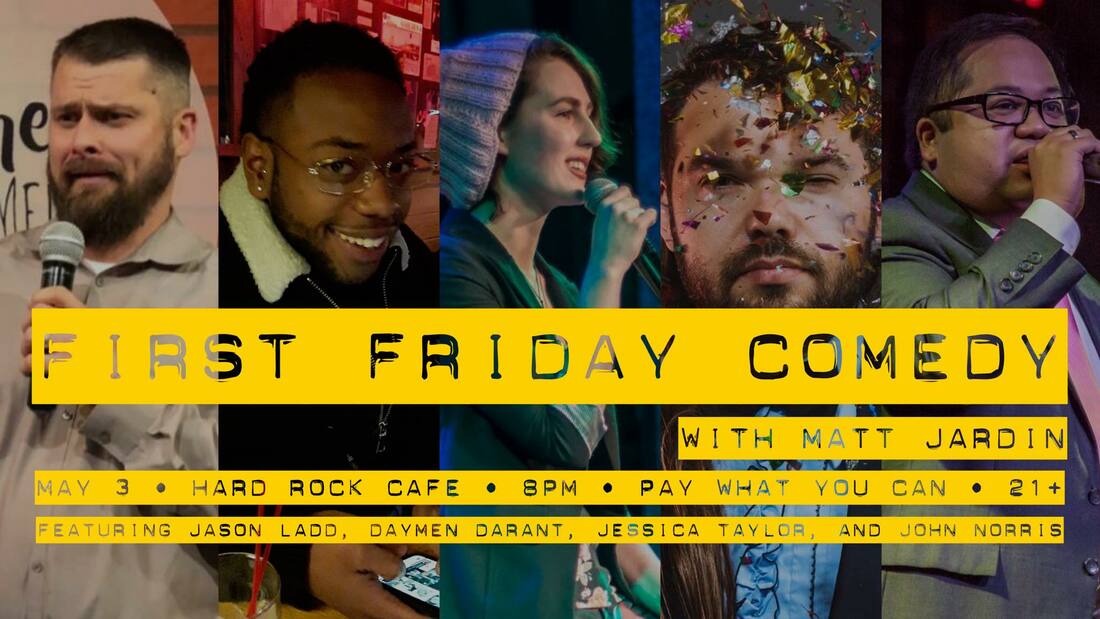 Buy tickets to the show here. 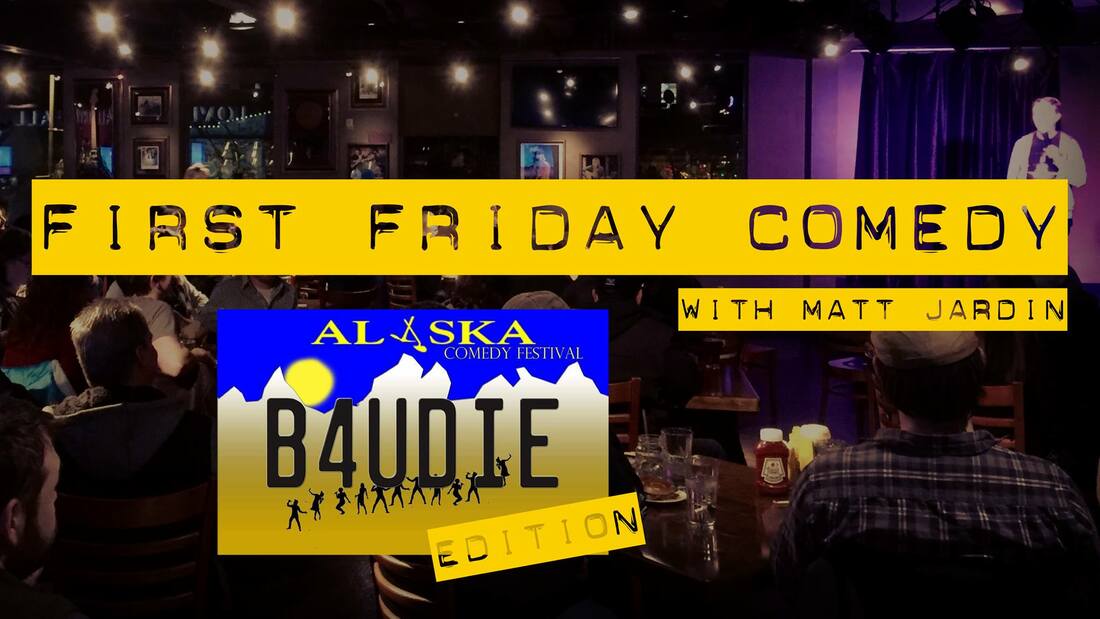 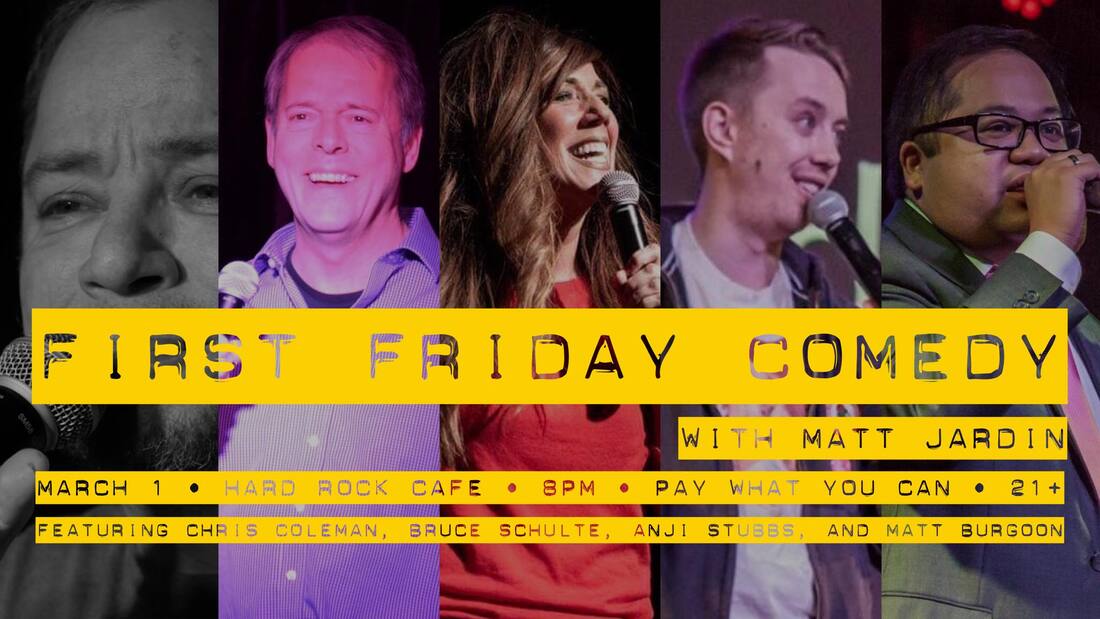 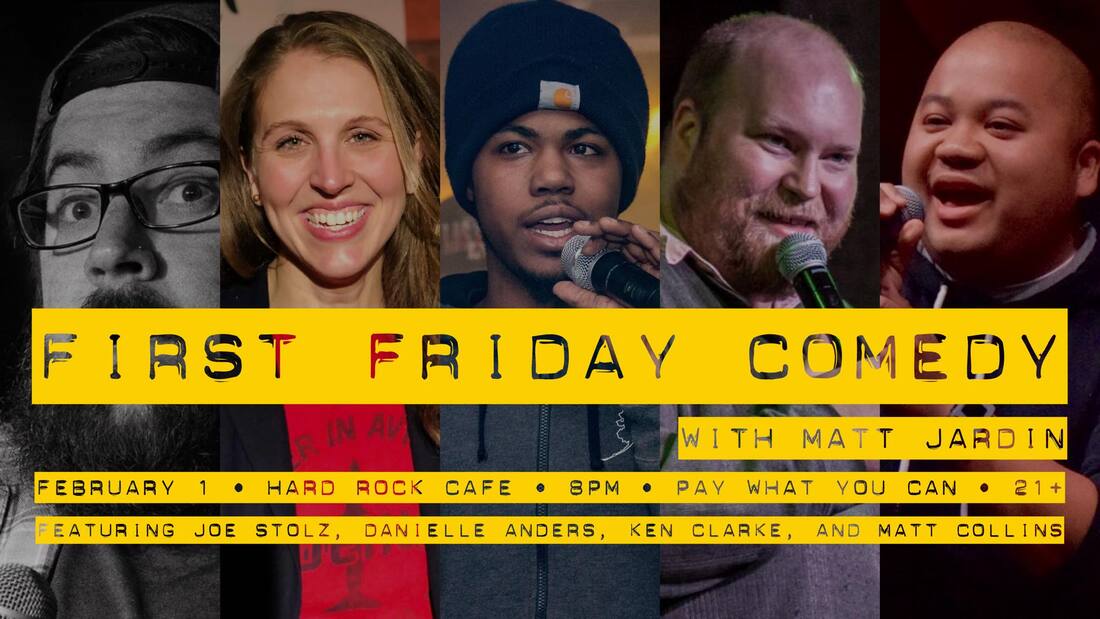 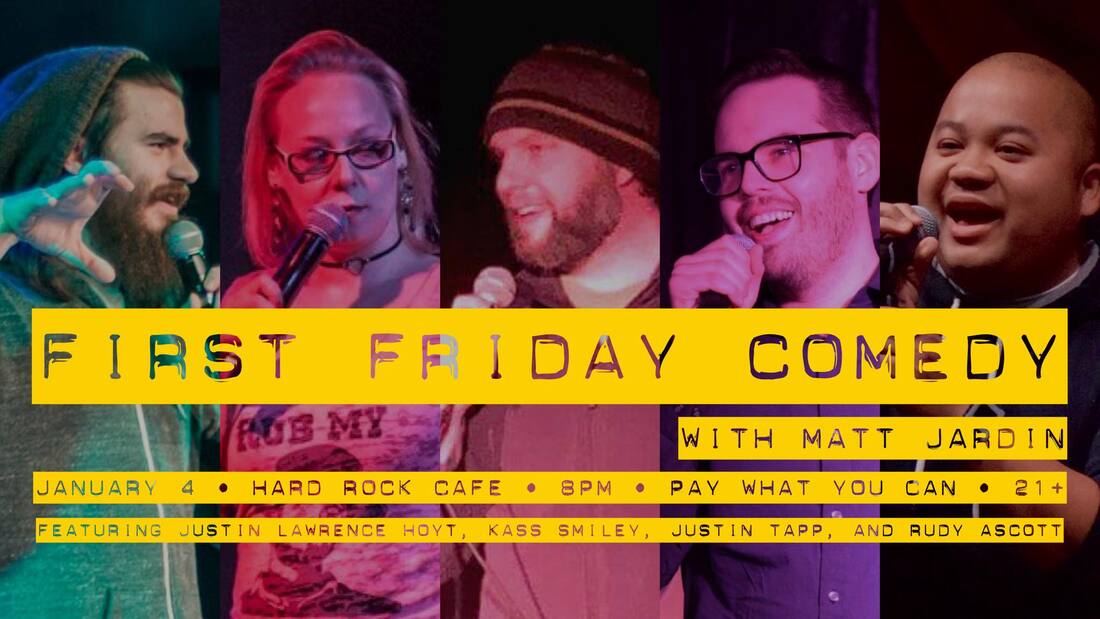 November’s show is our last one for the year! Closing us out is Matt Burgoon, Kass Smiley, Joe Stolz, and Anji Stubbs! 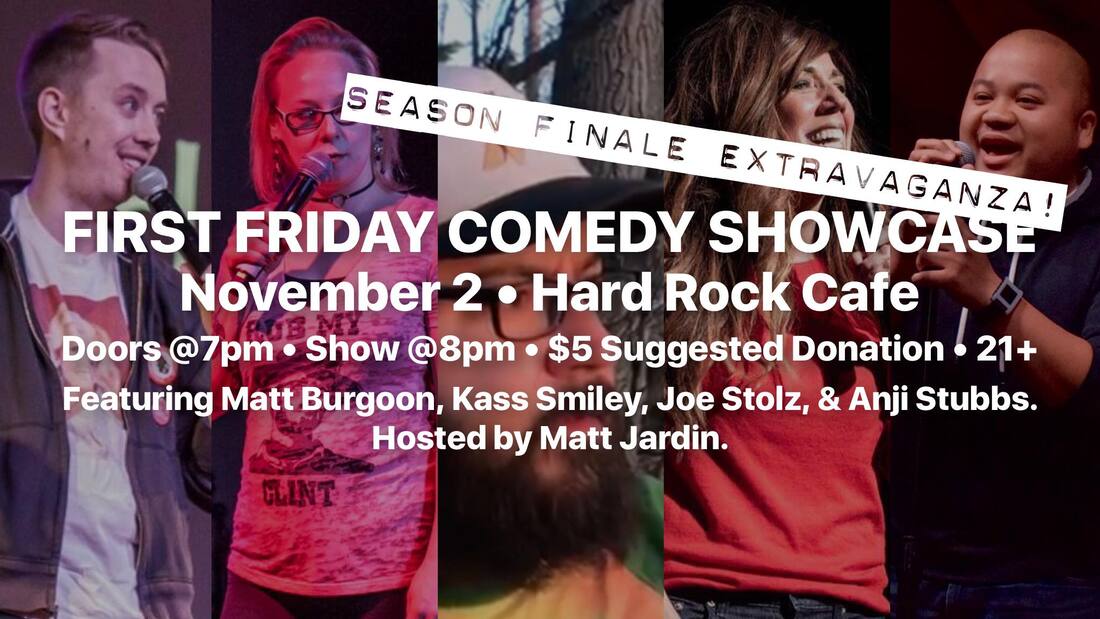 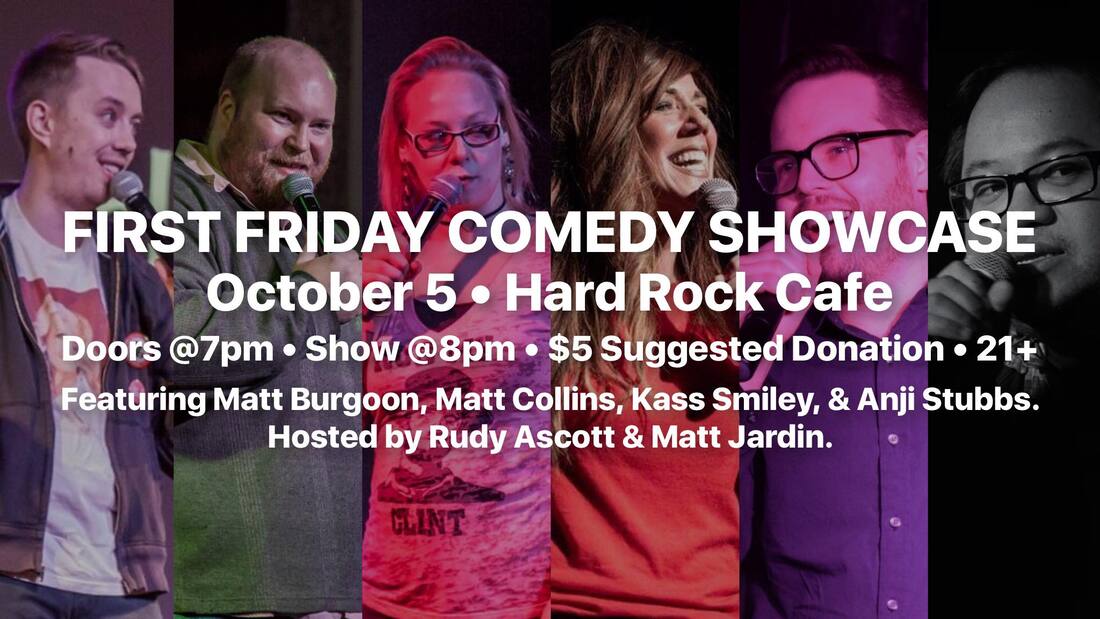 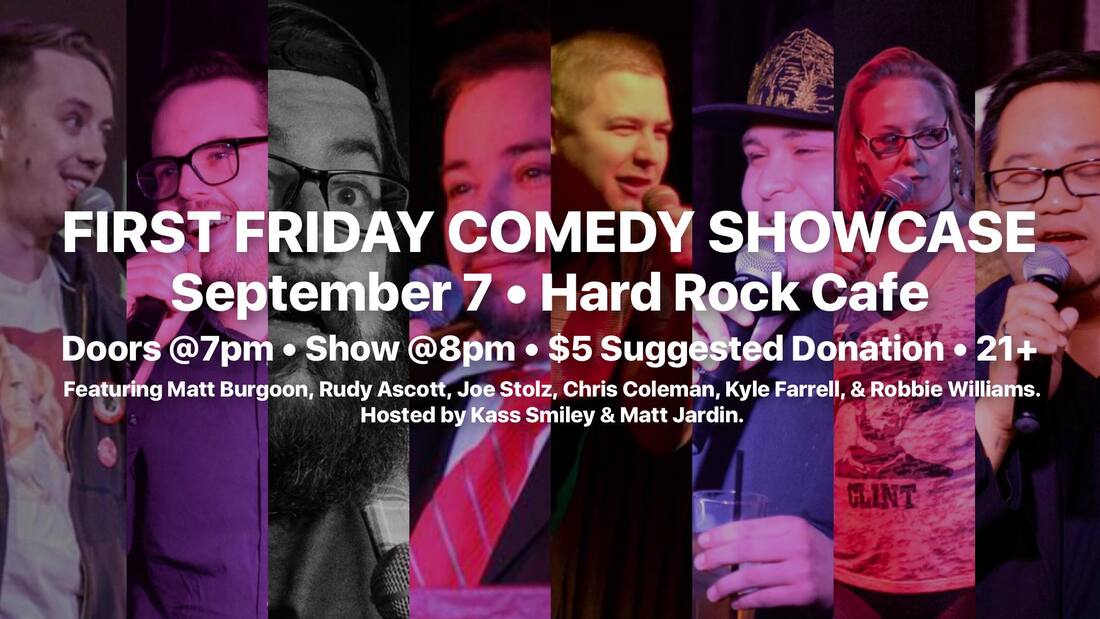 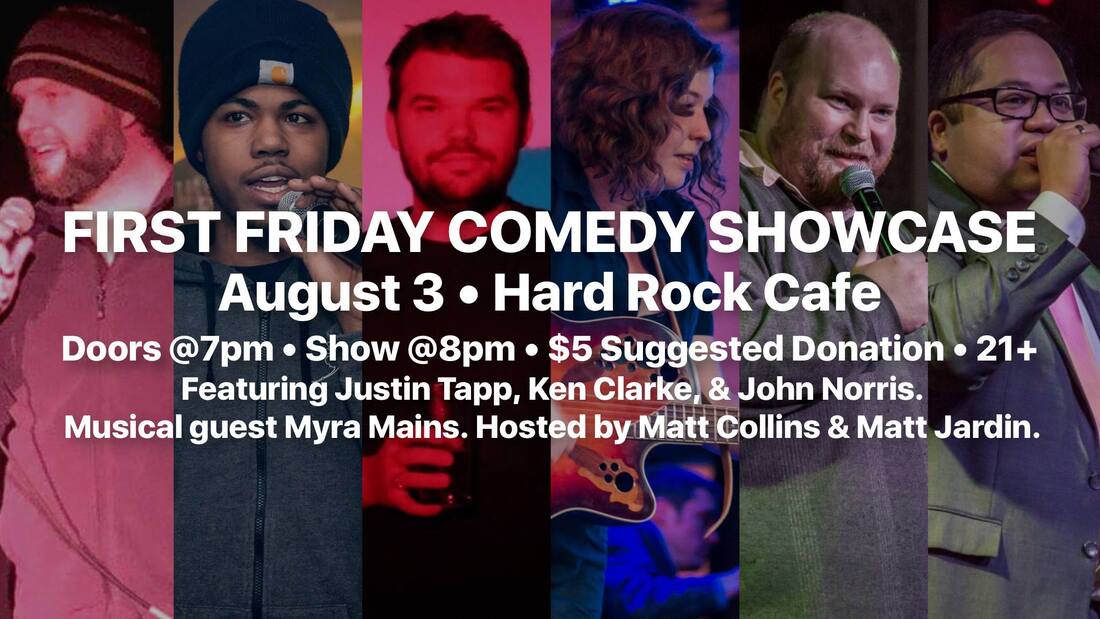 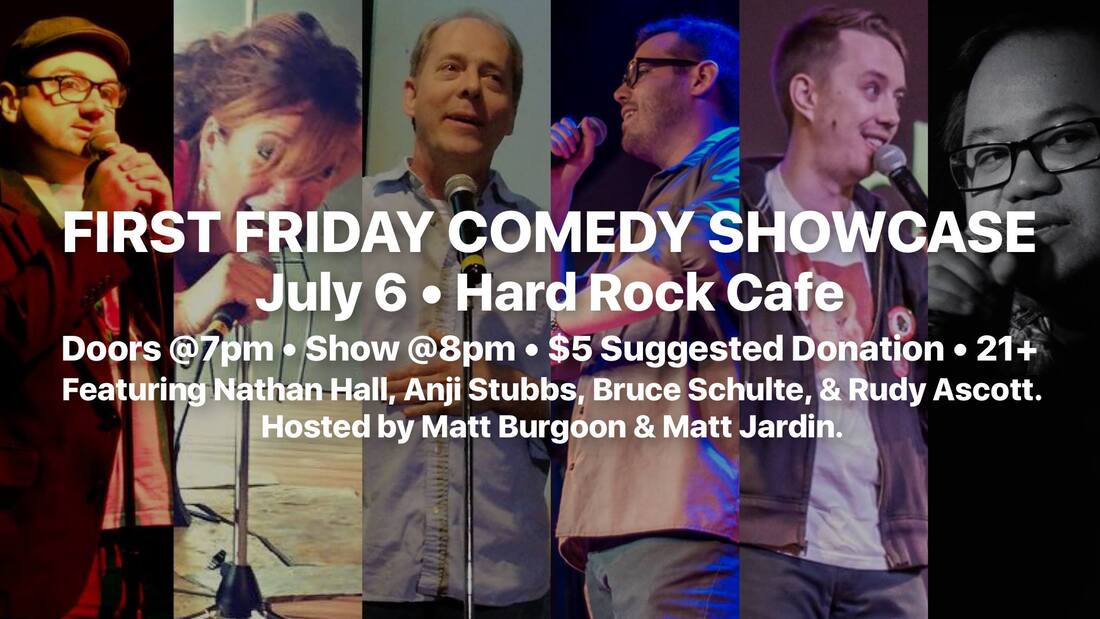 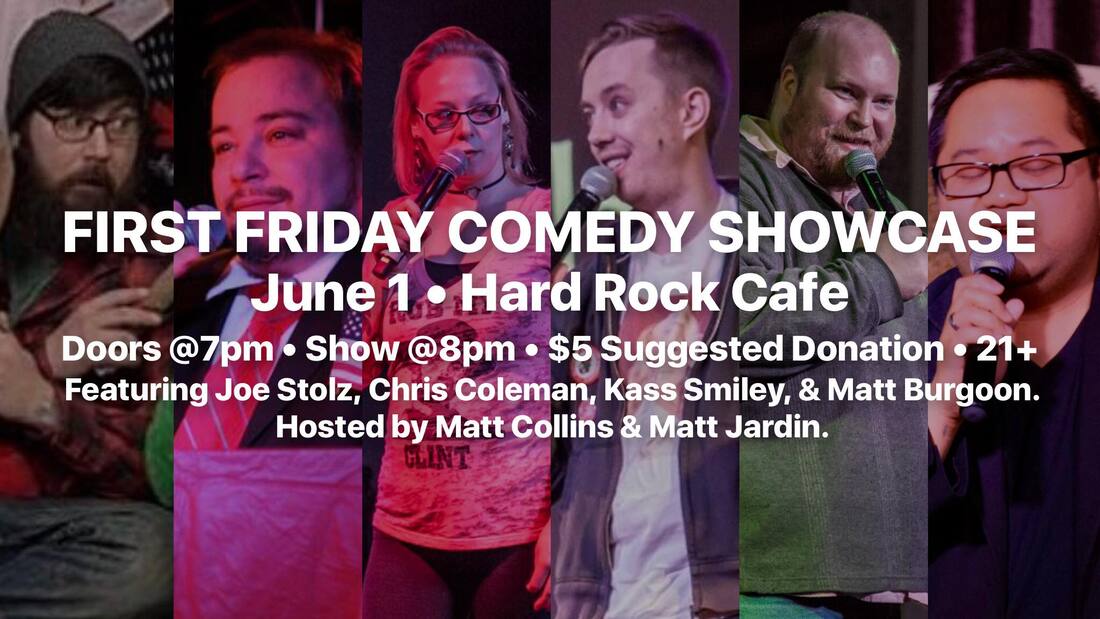 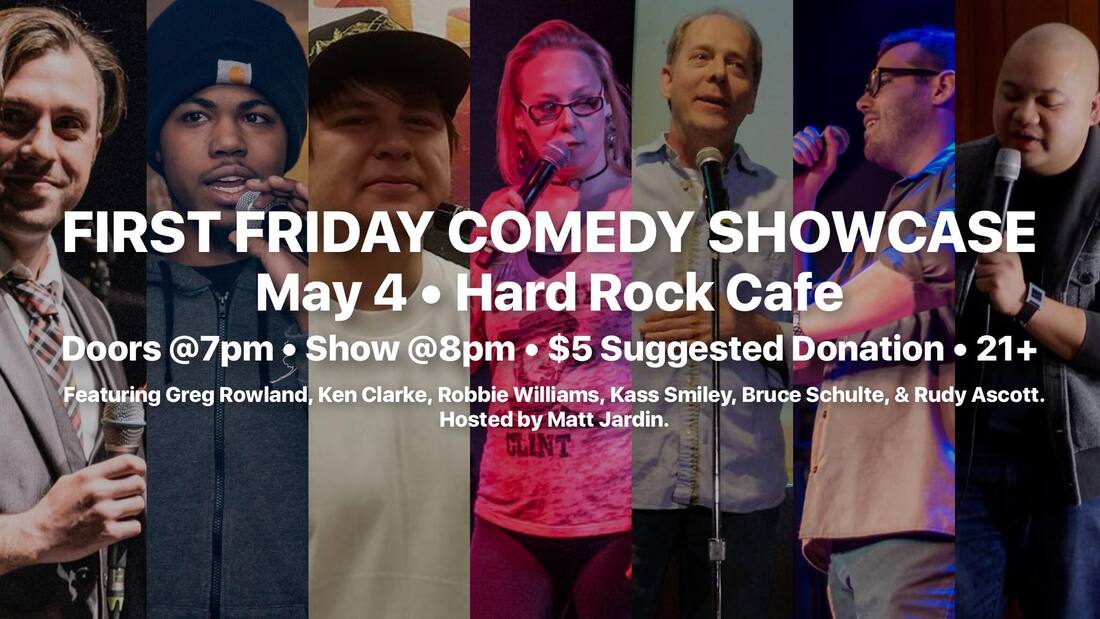 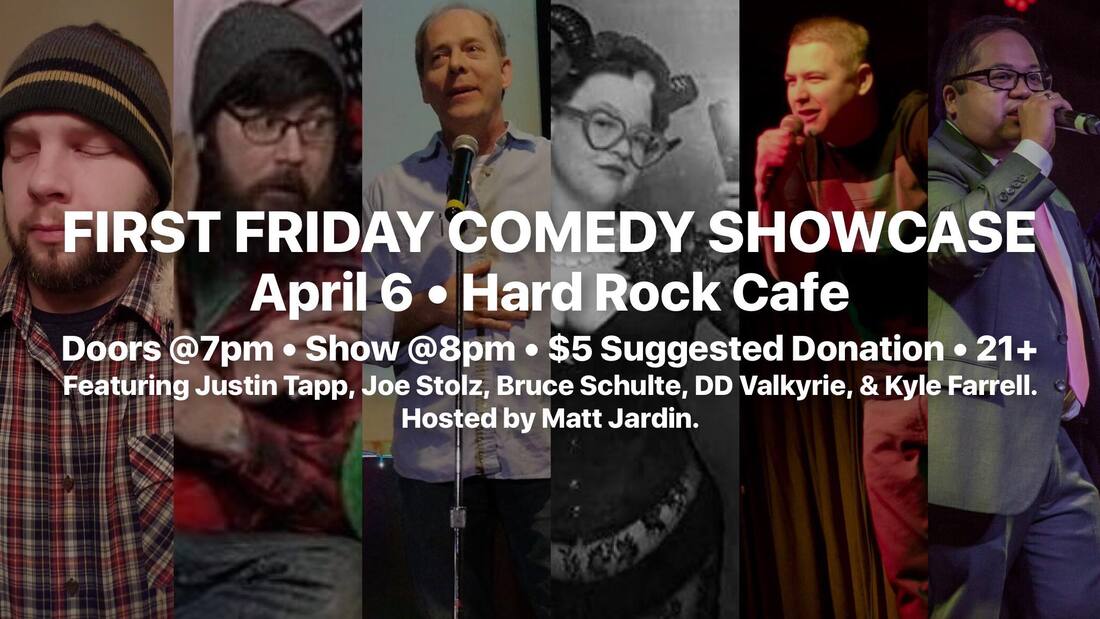 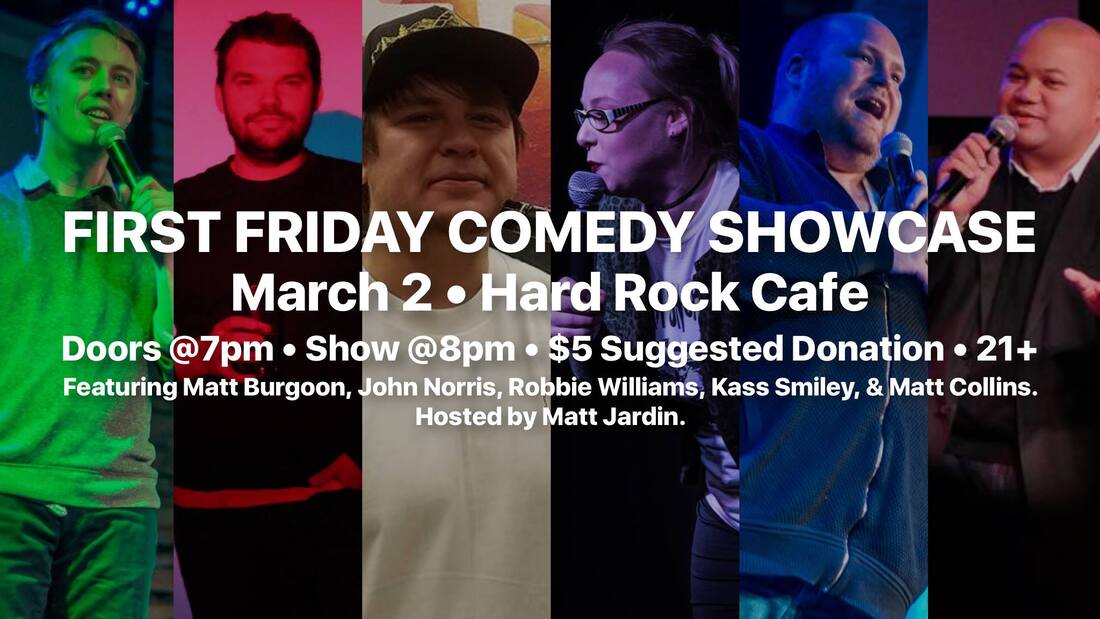 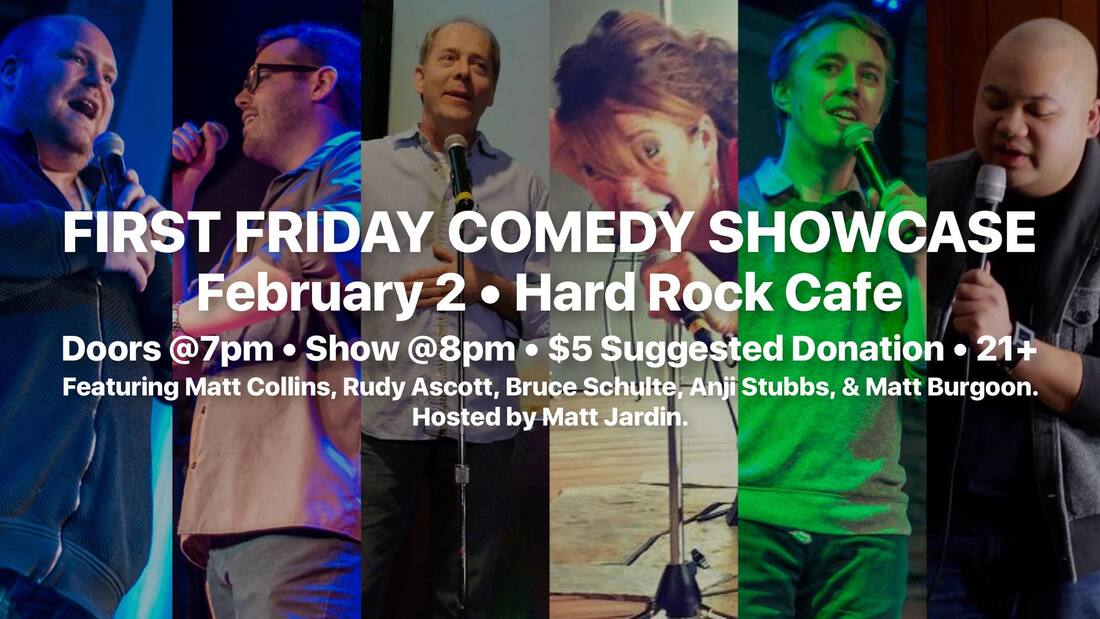 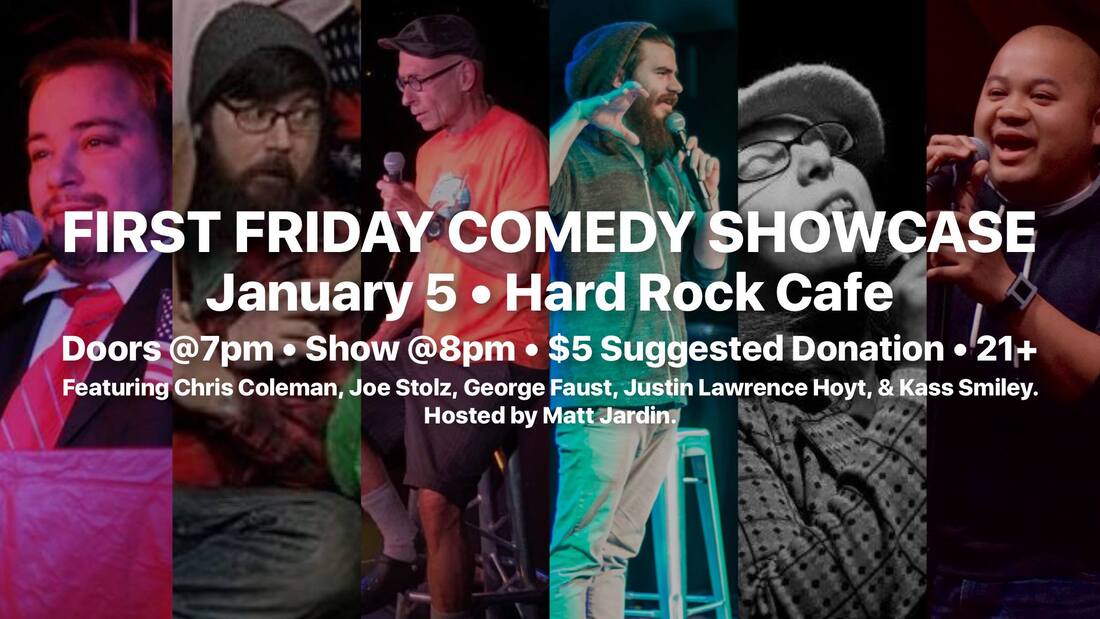 There's a lot to be thankful for, like a brand new Friday Comedy Showcase with a new serving of Anchorage's funniest comedians! 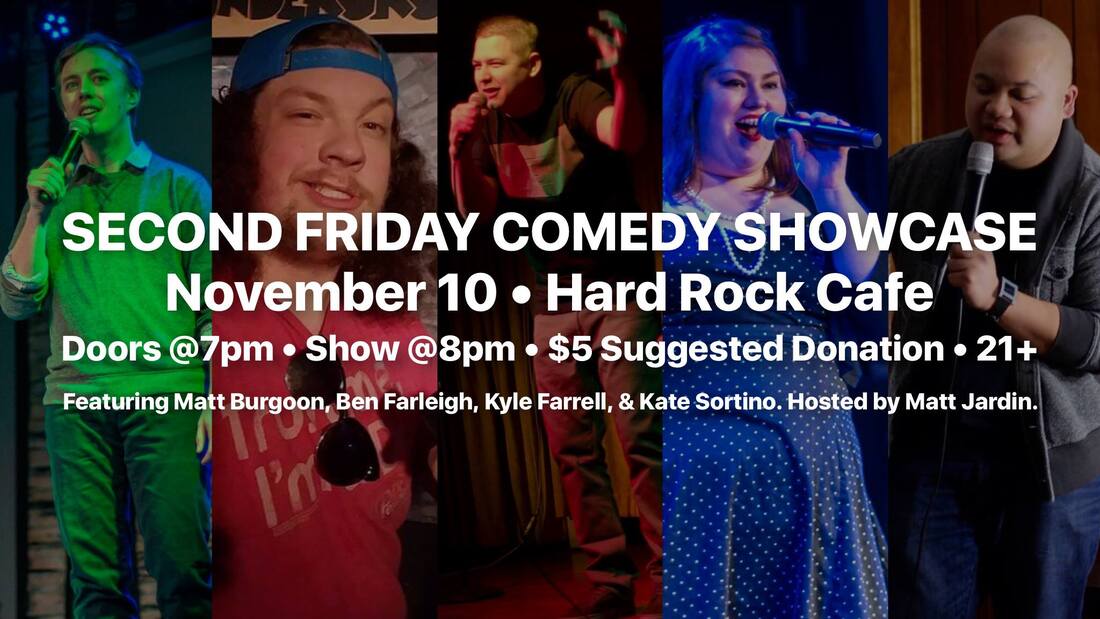 Getting pretty chilly out there, isn't it? Why don't you come inside and cozy up with a warm cup of stand-up comedy, delivered straight to your earholes by some of Anchorage's best comedians! 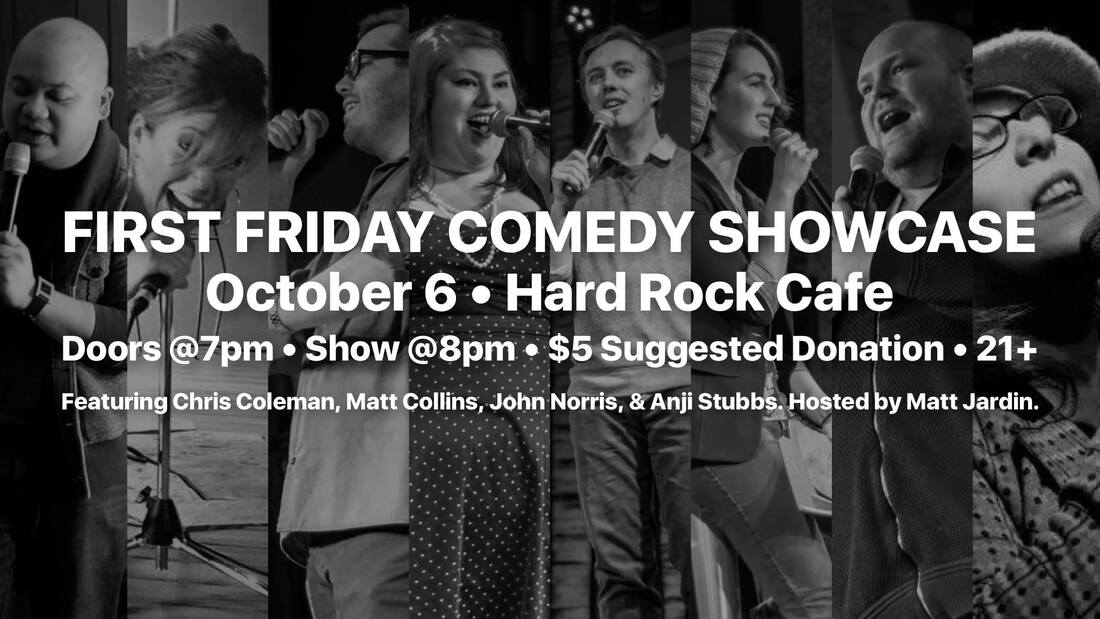 Anchorage's best and only First Friday stand-up comedy show is back! It's the perfect way to kick off Labor Day weekend! 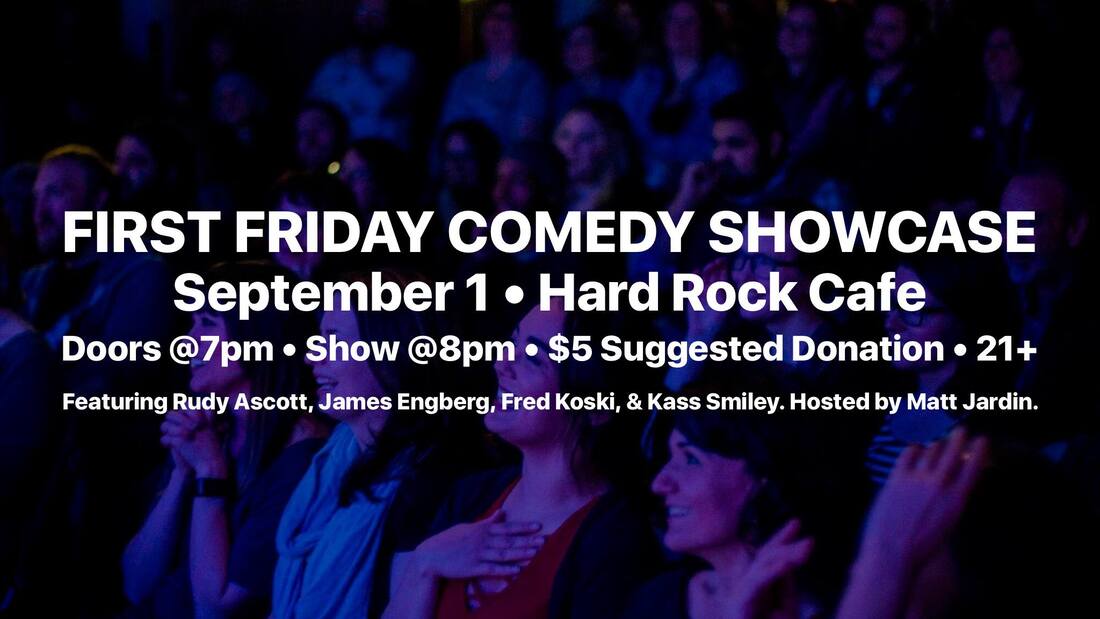 Enjoy another evening with some of Anchorage's best stand-up comics before spring arrives and everyone spends every minute outside doing Alaska stuff. 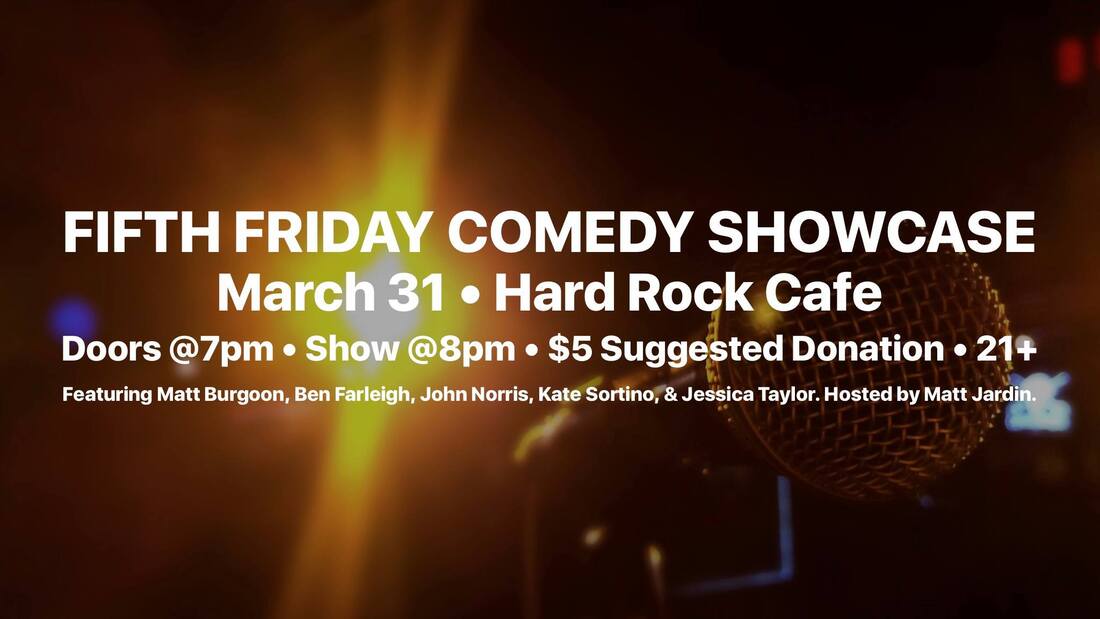 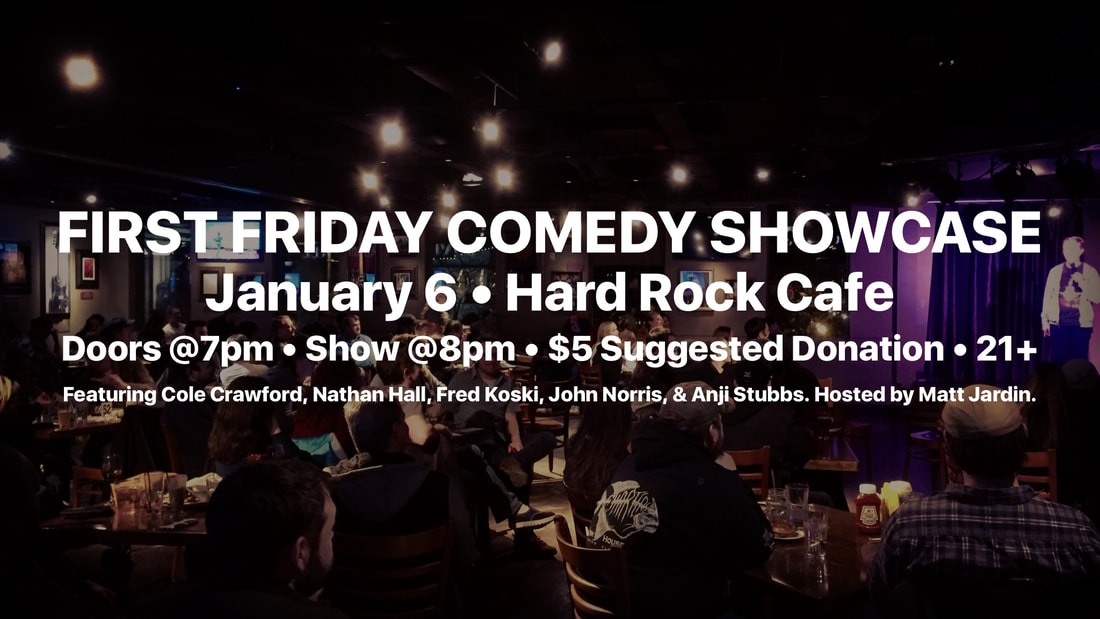 Come laugh with and/or at some of Anchorage's finest stand-up comedians! It will definitely be a lot cheaper than actually buying art on First Friday. 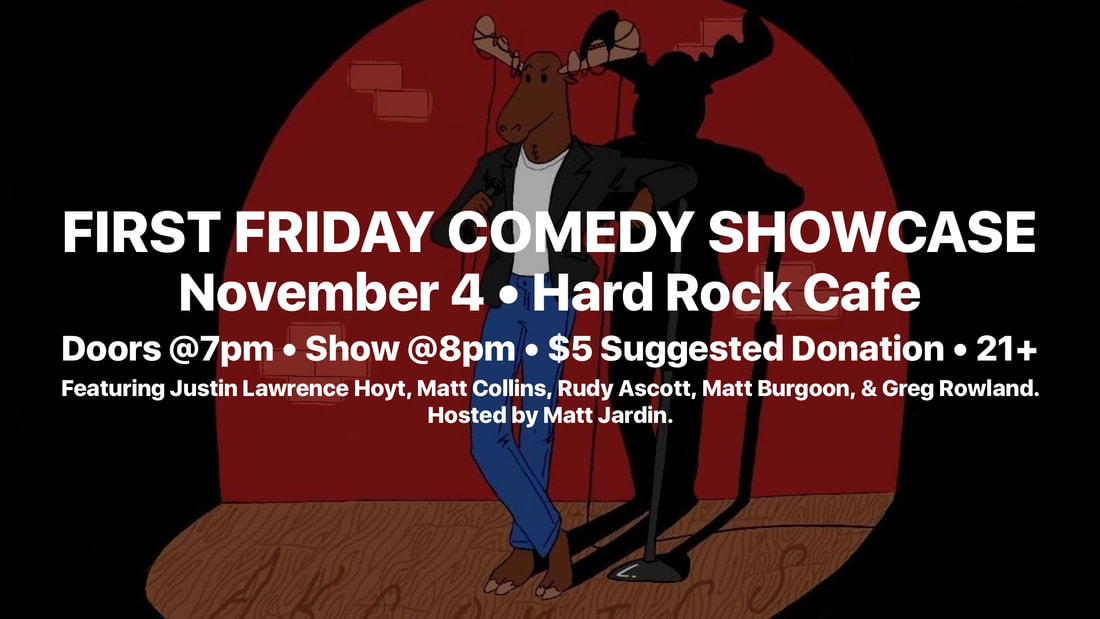